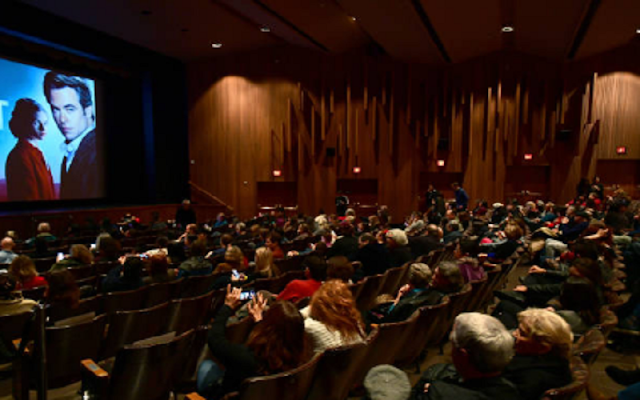 As an actor, finding inspiration is only half the fun (and sometimes half the battle). This week’s events are designed to spark fire and build your passion through conversations, demonstrations and even tours that highlight the best that Hollywood has to offer its community.

Go behind the scenes of the world famous Egyptian theater.
We mentioned this before, but it’s worth repeating, because it’s an absolute Hollywood experience, especially for actors who want to get a glimpse into the history of the industry. Few venues are as famous as the glorious Egyptian theater built by Sid Grauman in 1922.

Many of the film screenings and special events that we create in our own Intermission series take place in the sacred walls. On January 19th you will have the rare opportunity to look behind the scenes of the Egyptian and to see the little nooks and crannies normally forbidden to visitors. (7-9 $)

Sing with Queen and “Bohemian Rhapsody”.
“Bohemian Rhapsody” proves to be one of the most unlikely movie sensations lately. First, he dominated the box office before cleaning up the Golden Globes. The next step, as we all know, is Oscar fame.

Watch the movie exploring the legendary story of Queen and the life of enigmatic frontman Freddie Mercury. The SAG Foundation is organizing a special sing-along on 19 January. Train these pipes with your fellow actors and have fun with your film community! (Free for union members)

Discover one of Hollywood’s most female-dominated decades: the 1920s.
During Hollywood’s silent movie era, women had more power than ever before and became writers, studio founders, and showrunners in important films of the time and immediately thereafter. Research shows that in 1923, women were numerically superior when it came to operating independent picture houses. Everything had changed in the sound age.

Join the academy on the 17th of January. She explores what happened to these women and shows some of the most prolific films of the day, as well as a conversation with Academy film scholar Jane Gaines, the author of a new book on the subject, “Pink-Slipped: What about women happened in the silent film industry? ” (Free).

Learn how a professional entertainment writer develops character for page and screen.
Nina Sadowsky’s curriculum vitae includes past positions as a consumer entertainment advocate, film manager, and film producer, as well as her current role as a lecturer in production and screenwriting at USC. She is also a novelist and is currently recruiting for the forthcoming, forthcoming book, The Burial Society.

On January 23, a conversation with L.A.L.A. Sandra Ann Miller, founding member of the company, discusses how Sadowsky’s past in the entertainment industry has influenced her decision as a writer and how she takes characters from the page and shows them on screen. You’ll surely stop treats for your own character development. (Free).

Hear how Cybill Shepherd talks about her new movie and incredible career.
From “Taxi Driver” to her eponymous sitcom from the 90s, Shepherd has long since established itself as the leading actress in the US, who can really “do everything”. With the great James Brolin and Pam Grier at the Ahrya Fine Arts Center in Beverly Hills, followed by an interview with Shepherd. She will surely touch not only her new project, a love story about a former cop and a cowboy, but also her successful career. (7-13 $)