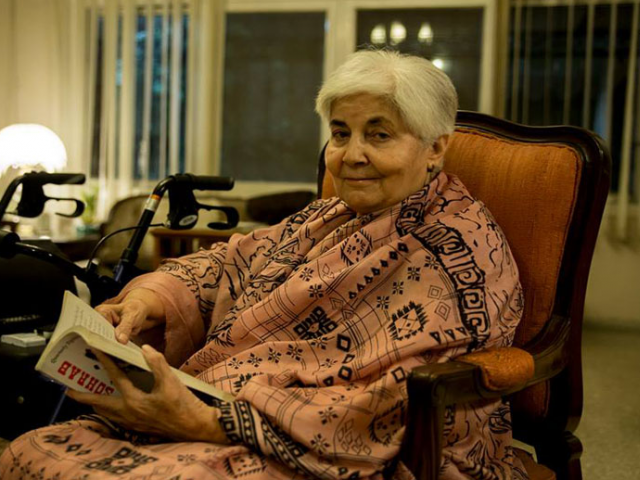 Pakistani television actress Safia Khairi died on Saturday night at the age of 86 in Karachi. The news of her sad dismissal was shared in social media by her daughter Umber Khairi.
Umber Khairi, posted on Twitter: My mother  has a long and interesting life behind her. Beautiful, compassionate, opinionated woman with a strong sense of right and wrong.
Safia Khairi, known as Khairi Begum, began in 1992 with the acting series Kasak by Haseena Moeen, in which she played the role of grandmother “Bi Amma”. And that became her trademark. She has been part of many popular television series including Bund Galli, Chandni Raatein and Pal Do Pal.
Khairi’s husband Saad Rashidul Khairi was a diplomat and spent much of his life outside of Pakistan. He died six years ago. Safia Khairi is survived by three children and two grandchildren.

Safia Kheri was born in 1932 in Lucknow, where her father served in the provincial government. She had emigrated to Pakistan with her family after the division in 1947. Your migration experience was shared some time ago in the partition archives, which says:

“Safia Khairi and her family spent some time in the refugee camp at Palam Airport in Delhi. In early September, they finally traveled to Delhi airport to catch their flight. On the way, she remembers how they felt bad when she saw all the burned cars and slaughtered corpses scattered all over the place.

When they finally boarded the plane, for most of them it was the first flight experience, including the kids. Safia describes a funny incident in which her older brother was involved, remembering that her brother felt too hot in the plane and just opened the airplane window when he took off, so the pilot had to stop and bring the plane back. Then they boarded another flight and ended up in Karachi. “

"Celebrity" lineup for "Big Brother: Celebrity Edition" announced: Wait a minute, he is not the former director of the White House communication?

Will Ali Zafar be seen in a Bollywood movie soon? That's what the Pakistani actor says

The film industry can thrive only when actors are viewed with respect: Meera